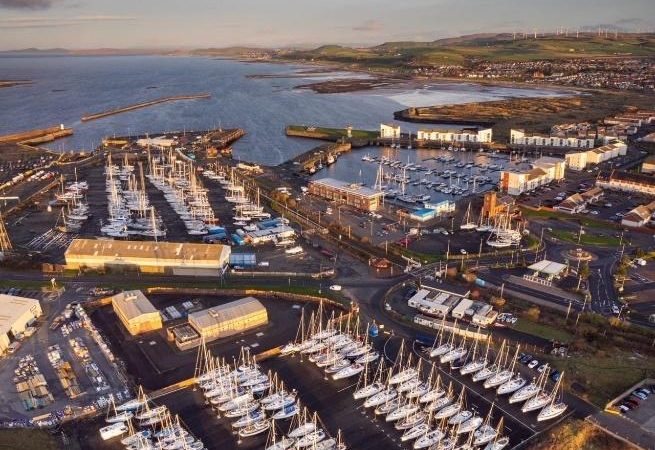 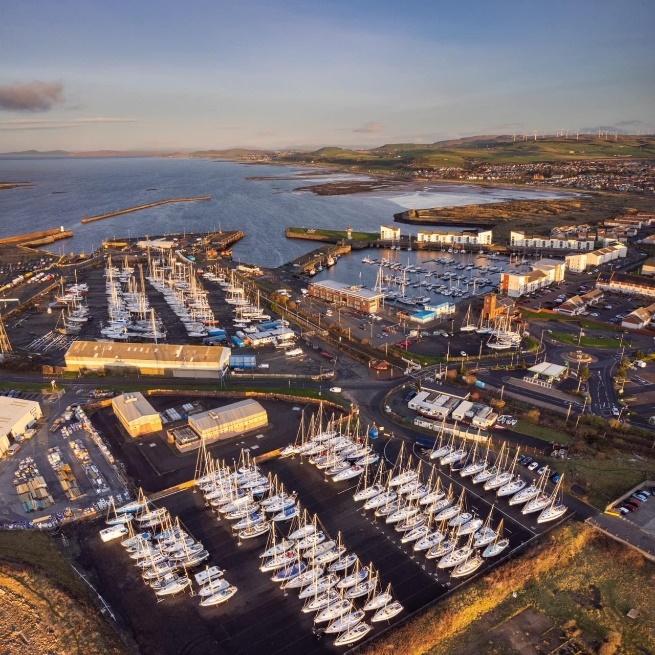 The ambitious proposals for Ardrossan Marina – which forms part of wider £170 million regeneration plans for the town – have now taken a significant step forward.

North Ayrshire Council and partner Clyde Marina signed Heads of Terms to effectively formalise the financial and investment relationship between the partners.

The marina extension is a key part of the Ayrshire Growth Deal and the plans for a 150-berth extension would be a huge boost for the region – increasing tourism, jobs and spending in central Ardrossan.

It would also be a catalyst for commercial and residential development on land beside the planned new Educational and Community Campus, which is due to be built on the north shore site.

An outline design has been developed and this suggests that a marina expansion with the capacity of an additional 150 berths is achievable. A design team will soon be appointed to develop the site investigations and the consents required.

An agreement will also be required from partners such as Crown Estate Scotland and Peel Ports, with work potentially starting in autumn 2023.

Councillor Joe Cullinane, leader of North Ayrshire Council, said: “There is transformational change happening in Ardrossan and the overall package of works – taking in the school, new houses, coastal path, International Marine and Science Centre – for the town are the most ambitious this area has ever seen.

“It is great now to see plans starting to take shape and we will see real progress over the next few years.

“Our significant regeneration programme will establish Ardrossan as a major centre for lifelong learning and academic achievement, a tourism destination of choice, the gateway to Arran and the Clyde Islands and recognition as an exemplar in marine innovation and the blue economy.

“We are delighted to be joining forces with Clyde Marina, which will fit-out and operate the marina. It already operates the existing marina, and its opening was hugely important for Ardrossan when it was developed.”

Funding for the investment in the marina has been secured from the Ayrshire Growth Deal (AGD, subject to the approval of a Full Business Case) and North Ayrshire Ventures Trust, with an application to Crown Estate Scotland approved at the first stage.

The existing marina was developed within the Eglinton basin at Ardrossan Harbour in 1996 by Clyde Marina Ltd, which has operated since 1996.

Simon Limb, Managing Director of Clyde Marina, said: “Clyde Marina is delighted to enter into agreement and continue working with North Ayrshire Council for the expansion of the marina in Ardrossan, continuing to be a focus for the regeneration and development of the town. Clyde Marina is supporters of ‘Giant Strides’, Scotland’s marine tourism strategy, working for the growth of the marine tourism sector and North Ayrshire’s marine and coastal economy. The south shore of the Clyde and the Ayrshire coastline is fundamental to Scotland’s recreational boating sector, supporting island and off-lying communities of the Clyde and a foundation for west coast cruising. We’re proud to be promoting Scotland’s world-class marine environment, landscapes, seascapes and wildlife with sustainable marine tourism being a driver for the growth of coastal economies.”