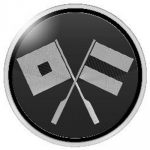 Every great company has a story. Palmer Johnson has a great storied history – an authentic brand whose story for almost a century has been about vision, evolution and innovation.

From humble beginnings as a wooden boat builder to the famous Palmer Johnson yachts winning every major championship race in the golden era of sailing yachts, to the groundbreaking design of its Sport Yachts of the last decade and now to its revolutionary SuperSport series, brand values of design, performance and emotional appeal have been a constant – core values deeply embodied in the spirit of the company and reinforced and manifested in its beautiful yachts.

It is also a story of people, of a team of third and fourth generation families who live and breathe Palmer Johnson, and the great yacht designers and naval architects who have worked with Palmer Johnson during the last century. Every one of the more than 200 Palmer Johnson yachts built is still afloat today, a true testament to the pride and passion of its people.

Palmer Johnson has long been an innovator in yachting. A pioneer in aluminium construction, now again in carbon fibre, both advanced materials of their time. Fortuna, built for the King of Spain, fastest yacht in the world for a decade. Turmoil, first explorer yacht built and which has circumnavigated the earth three times. La Baronessa, the largest aluminium yacht built in the USA.

Business Slogan:
Palmer Johnson Boats are the premier designers and builders of luxury, high performance superyachts in Europe and the USA.