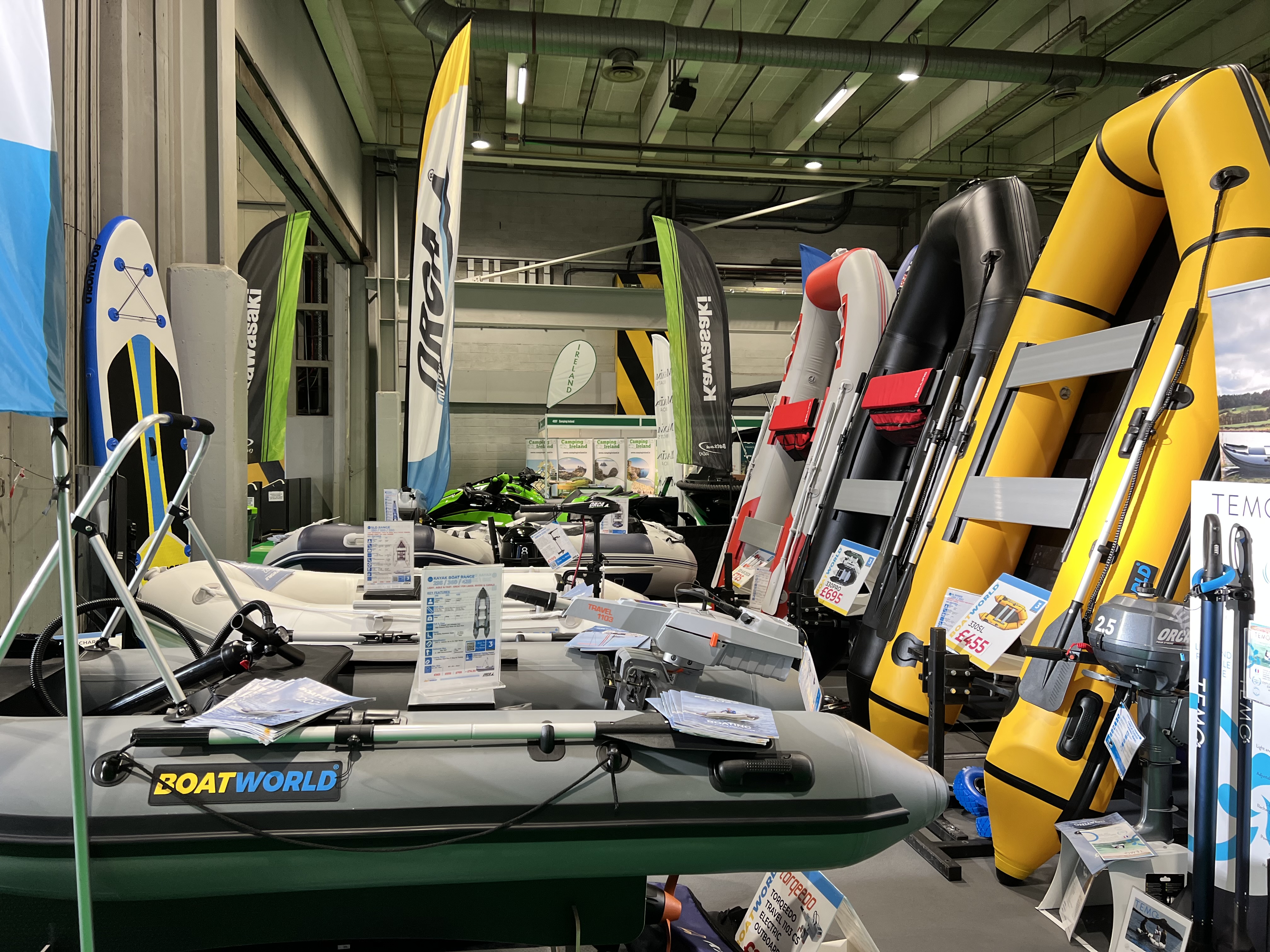 British Marine is delighted to report the first designated marine exhibit at the recent sell out Caravan, Camping & Motorhome Show a resounding success.

In a bid to support members who offer entry level watersports experiences and opportunities with a unique cross-selling opportunity and to reach new audiences, the show, which attracts thousands of outdoor enthusiasts, didn’t disappoint.

Here’s what the marine exhibitors had to say about the show:

Selling approximately 40 SUPs a day, the show proved a great success for Sandbanks Style as owner Andy Belcher explained: “This is our first exploration into the Caravan, Camping & Motorhome Show and the sort of people, outdoorsy people, that are in to camping and caravanning, absolutely love outdoor products, like paddleboards and kayaks, so it’s been an extremely good fit and we are seeing bigger sales here than any show we’ve ever been to before. 100% yes, we’ll be back here again next year.”

With nearly 100 people signing up to their competition each day, the show provided the team at Richardson’s Leisure Ltd plenty to talk about. Justin Ettridge, Park and Customer Experience Manager, Richardson’s Hemsby Beach commented: “There was some hesitation on how it would fit as naturally you would think everyone has a tent, caravan or motorhome so they probably wouldn’t be interested in either the park or the boating side of things, but it’s been quite interesting. There is certainly a crossover and people have been interested in doing something new like a boating holiday.  Certainly, indications over the first couple of days have been good and we’ve had some good quality conversations about people having a boating holiday, so it’s highly likely we would come again.”

Over on the Boatworld stand, where they were promoting their boats in bags, Director Mike Leese told us: “It’s been going really well, very busy, we’re getting a lot of interest, these boats are opening up a whole new world of adventure to people if they are going out on holiday.”  Selling on average 4-5 boats a day throughout the show, alongside motors and other items, Mike added: “It is our first time at this show, we have been looking at coming to the show for a couple of years, but it’s a very, very popular show, so actually getting into the show hasn’t been easy, so when British Marine offered us this opportunity, we grasped it.”

See what Mike had to say when we caught up with him at the show – https://youtu.be/8ZYnHFKSbnw

It was also a successful show for boats.co.uk who sold a number of Kawasaki Jet skis and buoyancy aids. James Barke told us: “British Marine encouraged us to come and they said it would be a good fit for this product, and they were right.  I think it is a different angle from the boat shows that we normally go to and has given us the opportunity to meet different customers, they got it spot on.

“I definitely think we will be back, it’s really good.  We’re just shocked by how many people are here, I think it’s about 20,000 a day and it’s sold out. I’ve never been to a show where it has been sold out, we’re talking non-stop.”

We chatted with James at the show, see what he had to say – https://youtu.be/LOaxw9GzIcc

While the team at Tingdene Marina who were showcasing a beautiful selection of Maxima Boats reported a number of strong leads for each day of the show which they are very confident they will turn into sales.

“Attending a show for the first time, particularly one that focuses on a very different audience to the one you would normally associate your products is often a decision not made lightly, so it is fantastic to hear that each and everyone of the exhibitors had a very successful show”, commented Lesley Robinson, British Marine CEO.

“We have been working closely with the Caravan, Camping & Motorhome Show team for a while now to develop this new area of the show due to the synergy between outdoor living and watersports.

“We hope we can build on the success of this year’s show and be able to expand the marine footprint at future shows and welcome more British Marine members to exhibit”, Lesley added.

To find out more about British Marine and details on how you can be become a member visit www.britishmarine.co.uk