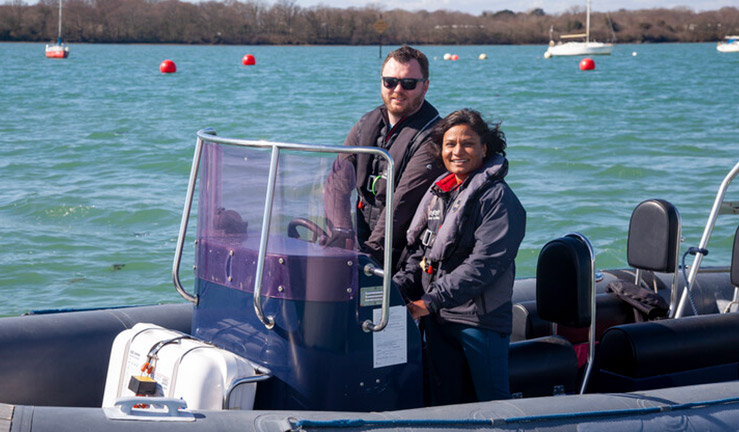 Dixon, competing in his first ever international event, cleaned up in the male iQFOiL class, notching up eight wins from 11 races to seal the title by a staggering 26 points.

Sesto Cosby and Wilkinson went into the final day of the regatta in Dutch city of The Hague with a battle on their hands, as only one point split the teams in second, third and fourth.

The success of the young sailors put Great Britain fourth on the overall scoreboard out of 67 nations competing.

Seventeen-year-old Dixon, from Maldon, Essex, said he’s been overwhelmed with the reaction of his friends, family and followers.

“It didn’t really sink in at first but it definitely feels more real now,” said Dixon, a student of Colchester Institute and alumni of Plume School in Maldon.

Dixon, who sails out of Stone Sailing Club and Blackwater Sailing Club, enjoyed a welcome surprise on the fifth and final day of racing when his parents paid him a surprise visit.

They had caught a last-minute flight to the Netherlands to see their son in action and arrived at the event site just 20 minutes before he launched.

“It was a huge boost when my parents turned up,” he said. “I had no idea they were coming, and to win it and for them to be waiting for me on shore made everything even more special.”

Simplicity was the key to victory explained Dixon, who has the Olympic Games in Los Angeles in 2028 firmly on his radar

“My coach and I took it back to basics for this event,” he said. “We had three goals: know the course, complete the course, and stay foiling. It was really simple but it worked.

“Crossing the finish line of the last race and realising I was the world champion was an incredible feeling.”

Dixon heads to the iQFOiL International Games in Lake Garda, Italy, later this month before taking on the World Championships in Lake Silvaplana, Austria, shortly after.

They won the RYA Youth National Championships in April, and in turn were selected to represent Great Britain at the Youth World Championships.

“We knew we had the potential to do well but it is fair to say we weren’t the favourites to win the Youth Nationals,” said 16-year-old Sesto Cosby, who has just finished his GCSEs at Southampton’s King Edward VI School.

“Since getting selected we turned up the training, and we went into the Youth Worlds aiming to sail as best as we can. As the event went on we settled into a top five position and then went into the final day trying to stay on the podium.”

With the Argentinian pair already guaranteed the gold, the race was on for the remaining podium spots with just one point splitting the next three teams.

To secure silver, Sesto Cosby and Wilkinson had to beat their Spanish rivals – who were nipping on their heels the entire race.

“The final race was super tense,” added Henley College pupil Wilkinson, 18. “We knew we had to keep the Spaniards behind us, so to cross the line one place ahead of them was amazing.”

Sesto Cosby will now team up with a new crew in the 29er, while Wilkinson will move into the Olympic 49er class.

Both intend to campaign for Los Angeles 2028

View full results from the regatta